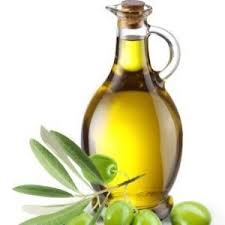 When it comes to eating a healthy diet, olive oil may be your best friend. It tastes delicious, it’s full of healthy, good-for-your-heart fats, and it might even help fight off dangerous belly bugs. But there’s another way this golden health elixir can make your life better—and you don’t even need to eat it. Simply smelling olive oil may help you lose weight, according to a recent study in the American Journal of Nutrition.

Over two days, 11 male subjects were given low-fat yogurt, and half of the subjects received yogurt mixed with fat-free olive oil extract. After the snack, German researchers measured the men’s brain activity. The group who ate yogurt with the extract had increased blood flow in brain areas typically associated with fat consumption—even though the overall fat content of the snack was low. That’s all thanks to the scent of olive oil, which might help you feel full, say researchers. (This isn’t the first time studies have shown that olive oil can increase feelings of satiety and fullness.)

“Dietary fat is rewarding,” said study co-author Andreas Fritsche, Ph.D., nutritional medicine professor at the University Hospital Tübingen in Germany. So rewarding, in fact, that it could be used as an effective dieting tool, though further studies are needed. “If you eat a fat-free aroma extract which is commonly associated with fat, it is possible that you get the rewarding effect of fat-triggered sensations without calories,” he says.

This story was originally published on Prevention.com.