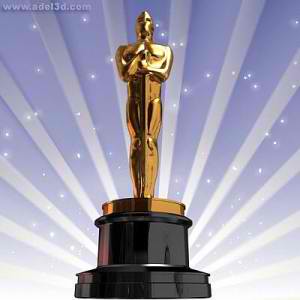 This Sunday, February 27th is the 83nd Annual Academy Awards…The first Academy Awards ceremony was held in 1929 at the Hotel Roosevelt in Hollywood.  It was a private brunch with an audience of about 270 people.  This year it’s at the Kodak Theatre in Hollywood and millions of people will watch from all over the world.  We women all know the best part of the evening is seeing what everyone is wearing, right?  What you serve while sitting in front of the TV is the other delicious part.

So whether you’re hosting a party or just watching with your family you’re not going to want to spend the evening in the kitchen!  Who knows what you might miss…That’s why I love to make a big pot of chili a day or two before.  I have 3 delectable ones to choose from.  Serve one of them with my recipe for The Most Decadent Cornbread Casserole Ever Made Skinny and a simple salad. You’ll be all ready to enjoy the show!

The Best Darn Chili Con Carne with Beans…Perfect for an Oscar Party!

A Hearty and Skinny Turkey Chili

Here’s the nominees in the most popular categories:

Actress in a Leading Role

Actress in a Supporting Role

Actor in a Leading Role

Actor in a Supporting Role

Who do you hope will win?