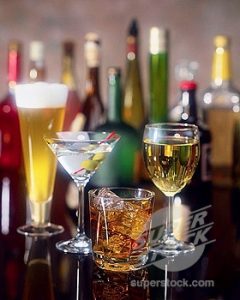 If you Google “Hangover Helpers,” you’ll get some 267,000 hits, with websites touting everything from bananas, Gatorade and milkshakes, to aspirin and asparagus.

Find out which hangover helpers work versus those that are all hype.

Since it’s the time of year when you may just have one too many, we thought we’d discuss why hangovers happen and what you can really doâ€”short of dialysisâ€”to help prevent a hangover and if you get one, how to ease your symptoms.

Research shows that the vast majority of us will experience a hangover at some point in our lives. And three of four drinkers have at least one hangover every year.

A so-called “hangover headache,” is the most common symptom associated with drinking too much and they are triggered by blood alcohol levels returning back to normal levels.

A review of all the hangover studies published in the British Medical Journal, had a sobering conclusion: â€œNo compelling evidence exists to suggest that any intervention is effective for preventing or treating alcohol hangover. The most effective way to avoid the symptoms of alcohol induced hangover is to practice abstinence or moderation,” the researchers wrote.

Since it’s almost New Year’s, when eight in 10 of us will be at risk for drinking one too many, here are some of the best options that may alleviate some of your symptoms.

Of course, the only way to really ensure that you’ll feel good the day after is to abstain!