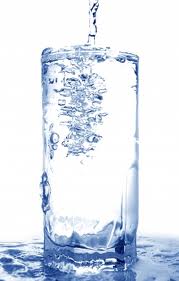 What about the advice to drink eight glasses a day?
Everyone has heard, “Drink eight 8-ounce glasses of water a day.”But it seems this common advice doesn’t hold water, say nutrition and kidney specialists who want to dispel the myth.  Just keep in mind that the rule should really say: “Drink at least eight 8-ounce glasses of fluid a day,” because all fluids count toward the daily total.

“Water is important for health; however, the recommendation of eight glasses of pure water per day appears an overestimation of requirements.” Even a baked potato is 75 per cent water, said nutrition Prof. Susan Barr of the University of British Columbia, who sat on a Canadian-U.S. committee that looked at fluid intake. “There’s nothing magical about water from a glass of water as opposed to water from a food or any other beverage,” Barr said.

In addition, drinking caffeinated beverages such as tea and coffee do not lead to dehydration, said Dr. Stanley Goldfarb, a nephrologist at the University of Pennsylvania who reviewed research claims on drinking eight glasses of water and studied how the kidneys handle it. Beverages such as milk and juice are composed mostly of water.  Even beer, wine and caffeinated beverages — such as coffee, tea or soda — can contribute, but these should not be a major portion of your daily total fluid intake.

Although I usually don’t drink 8 glasses of water a day, I still think water is a good choice because it’s calorie-free, inexpensive and readily available.
How about you…Do you drink 8 glasses a day?