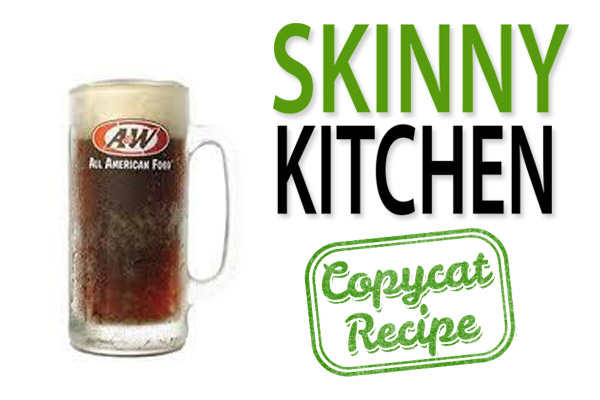 One of my sweet memories as a kid was to visit my grandparents in the desert and pile in the car to get an A&W root beer float!  This nostalgic shake is so simple to make since it has only 2 ingredients! One of the rare times something yummy and sweet is also so low in calories and zero fat…You’ve gotta love that!!! The skinny for 1 float, 90 calories and 0 fat. If If you’re not a root beer fan, use diet coke instead. Have fun skinny sipping!
Prep Time 5 minutes
Cook Time 0 minutes
Total Time 5 minutes
Servings 1
Calories 90kcal
Print

Makes 1 serving
Food Facts
Root beer floats were invented by the Pharmacist Frank J. Wisner. Mr. Wisner’s ice machine in his soda shop had broken one day, leaving no way to cool the sodas he sold. To remedy this, he began adding ice cream to the sodas, and the float was born. On June 20, 1919, Roy Allen opened a roadside root beer stand in Lodi, California using a formula he had purchased from a pharmacist. He soon opened additional stands in Stockton, California, and five stands in nearby Sacramento, home of the countries first drive-in featuring “tray-boys” for curbside service. In 1920, Allen became partners with Frank Wright and the two combined their initials and called their product A&W Root Beer.
Shopping and Prep Tips
I used Breyers fat-free creamy vanilla ice cream. You’ll find it in most supermarkets. If you can’t find it, use another brand of fat-free vanilla ice cream or frozen yogurt.
If using frozen yogurt from your local shop, freeze for at least 1 hour to harden.
WW Freestyle SmartPoints 4-Blue
WW SmartPoints 4-Green
WW POINTS PLUS 2